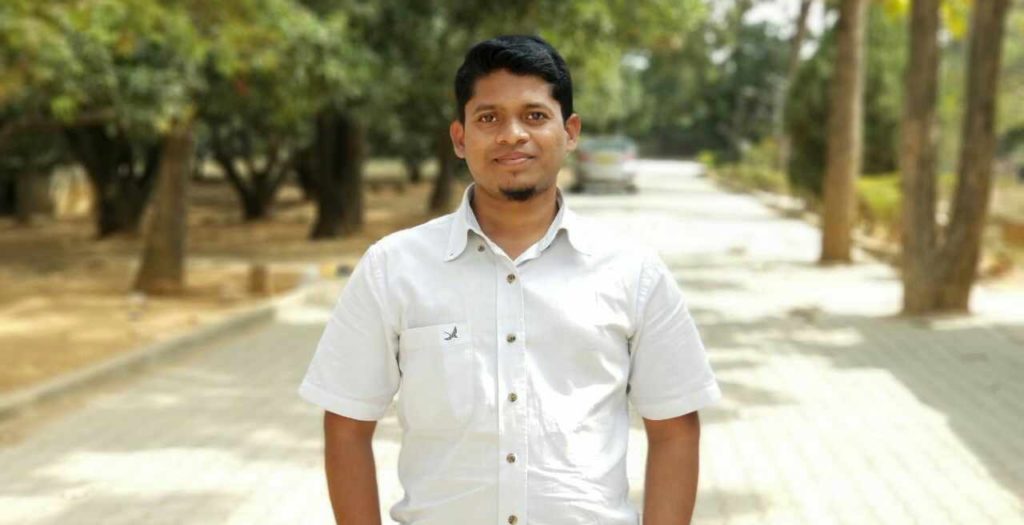 A Story Of Hope.

“Today, my life would have been hopeless and meaningless without God, and I got a chance to be somebody and have hope for the future,” says Prem.

Chintada Prem Bhaskar Rao was a 2-year-old boy who had just started to walk on his little feet. At the same time of the year 1995, his little sister was born. It was an overwhelming time, people were busy running around the house, and everyone looked joyous.

In August, a couple of days after his sister was born. Prem was confused to see lots of people in his house crying. As a little boy, he could not understand. So, Prem ran to his mother to find the matter. Prem was trying to wake her up; he realized mother was not responding that day. Just a few days after the delivery both mother and daughter died due to lack of medical attention. When Prem turned three, father abandoned him with his grandmother. In the midst of an emotional storm, Prem’s grandmother took him under her care.

As the days passed by he was growing up to be an active kid. Prem noticed that his friends attended school and he did not. Thus, he asked his grandmother, if he could go to school. She felt sorry for her grandson because she could not afford to send him to a school.

When Prem turned seven, his life took a turn. Around that time a local journalist visited their village and heard about Prem’s story and decided to help him. The journalist spoke to the grandmother about an institute, which provides education and boarding facility to help children like Prem. The grandmother, was over the moon to know about such a facility. Initially, she was skeptical about the place. It seemed too good to be true.

Straight away Prem’s grandmother decided to visit the Children’s Home in the town of Bobbili in Andhra Pradesh, India. When she saw the place, she could barely contain herself with joy and was overwhelmed at finding a refuge for their grandson. And so, little Prem grew up to be a gentleman in this facility, under the care of the Sunrise Children’s Home director. Prem had met so many boys and girls, who became his family. He is one in a million to have had a privilege to study and to grow up in a safe place.

Prem passed his tenth grade from English medium School in Bobbili. There on, he went to complete his twelfth grade in Nuzvid, Andhra Pradesh. Later Prem attended college in Narasapur, Andhra Pradesh, to pursue a degree in Bachelor of Commerce and Computer. Prem graduated from college in March 2017. Regardless of losing almost everything in his life, the little boy went on to achieve his bachelor’s degree with an excellent percentage. Currently, Prem is working as a computer operator in the Vibrant Life Medical and Wellness Clinic located in Bangalore, Karnataka. Apart from this Prem is interested in photography, he assisted in the media team during a Benefit concert 2018 organized by Helping Hand Welfare Society.