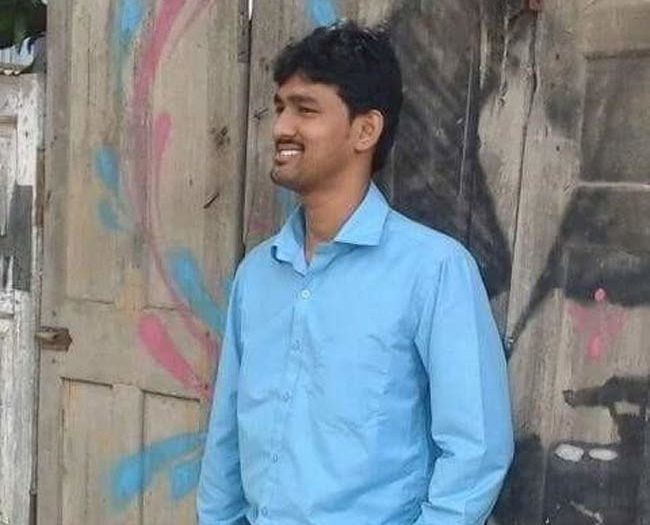 The village that Mahadevaswamy hails from, is a poor farming community where the rains play an important role for planting and cultivation. Agriculture is one common factor that draws the community together. The community comes together during festivals or during the time of drought, to pray to the rain gods for rain. The life of the people in the community revolves around the planting and harvesting of their fields. There are a few cattle herders within the community.

Life in the School:

Mahadevaswamy, studied in the school from June 1999 to April 2009. During his time at the school he had excelled in academics and had shown every quality to excel in life outside the school. He was a very diligent and avid learner. He excelled in both studies and sports (playing mainly cricket). He actively participated in meetings, school functions and social programs. He was able to exhibit his potential in various areas during his stay at the school. He was a blessing to everyone within the school community and was extremely hardworking in all areas of life.

Key details of his life story:

On completion of his 10 grade, Mahadevswamy wanted to live and work in Bangalore due to the pressure put on him from his family, to earn. Mr. Jacob had spent time in trying to encourage him to study further and also highlighted the option of completing a professional course. The boy had made up his mind and decided to work in a pizza hut outlet in Bangalore. The institution hoped that gradually over a period of time he might realize the importance of an education and might decide to study again. And sure enough, Mahadevaswamy came back asking to be enrolled into a study program for his higher studies. He went on to join a three year training program in computer science at the JSS Polytechnic Institute for Differently Abled, Mysore.  He did extremely well in his studies and on completion of his course in June, 2013, he was selected to work in the communications department for a fitness firm “HealthifyMe” in Indira Nagar, Bangalore, where he is presently working.

Mahadevaswamy does visit his village from time to time. Though much hasn’t changed in his village, he has found a community of friends who are hearing impaired with whom he associates during the weekend that he visits the village. He has been a ray of hope to the people in his community and has set a benchmark for those who are differently abled to be able to use their potential and fulfill their dreams.

Mahadevaswamy has been a great support and inspiration to the children at ISHI. He strongly believes in giving back to the community by being a positive influence upon the children at the school. He visits our school from time to time to encourage the children who are currently studying. He is thankful for the support rendered by the institution in constantly guiding him to excel and achieve his potential.

“I thank Asian Aid for not giving up on students like Mahadevaswamy. There will be many more lives touched and changed because Asian Aid and the staff working with the children in various institutions did not give up on a child. Thank you Asian Aid for your 50 golden years of service to the children of this nation.”

The SDA School for Speech and Hearing Impaired (ISHI) was established in Kamagere, in June 1994. The school was then relocated to a new facility in Kollegal, in the year August 2002, which is its present location. The school is located in Karnataka near the town of Kollegal, in Chamarajanagar District and is approximately 60 km from Mysore and 150 km from the city of Bangalore. The locale supports a small community of about 52,000 people. The School is the only special school for the speech and hearing impaired in this district and as such is a vital resource for the local community.