When you bring a small change in someone’s life, you can set off a domino effect of positive encouragement.

Malini* dared to dream amid life’s hurricane. Malini loves reading books and enjoys scrumptious egg curry with rice. Malini’s family comes from a poor village in Andhra Pradesh. Her family struggled financially and barely made little over six dollars. Father was alcoholic and abusive, and he never brought any money to help the family grow. Mother did manage to bring money for two meals a day, but some days were worse.

At the age of six, Malini was hired as a domestic help to a middle-class family in Bobbili, Andhra Pradesh. She had to get up before everyone else and prepare for the day; at night, she would go to bed after everyone has slept. Every night Malini reflected on her dream to attend school someday; her dream felt like a distant star. Malini thought about her younger brother’s need and worked hard to support her family.

Though the house owners were educated, they didn’t care much about Malini and looked down at her. Every day they locked the house as they attended their work in the town. Malini had to stay in the porch area with her lunch box and an earthen pot for drinking water. During the day, she cleaned the patio, bath the dog, and watered the plants. After finishing her work, she would eat leftover food from last night for her lunch. The porch didn’t have enough roof to cover from the scorching heat of the sun, or when it drizzled a lot. She turned towards a dog house for shelter, sitting at the corner with the dog.

Frequently she shared the little space with the dog, and some days shared the food as well. Living in such an unhealthy condition over a year, Malini developed frail health and could work no longer as domestic help. Malini earned little over one dollar per month, which her mother would collect it from her every month. Due to Malini’s health condition, she came back to her home and got better in time. Ere long, Malini joined the tamarind factory as a daily wage and earned seven cents for removing 5 kgs ( 0.05 tonne ) of seeds.

It may look like a series of unfortunate events knocking at the door of little Malini’s life. Day to day, her father’s behavior was getting worse and abused her mother for small things. One unfortunate summer night of 2006, eight-year-old Malini crashed on the bed after hard labor in the factory. She heard some noise when she woke up, and she saw her mother lying dead in the pool of blood with a stab wound. Sitting beside him was his father covered in blood and a knife in his hand. Malini was petrified at sight and turned her emotions to silence after the homicide. Father got arrested and served in jail, later he was out on bail. Malini’s grandmother took both the sibling under her care; both Malini and her brother didn’t want to see their father anymore. Emotionally Malini’s life changed forever after her mother’s death.

“Have faith in your dreams, and someday your rainbow will come shining through. No matter how your heart is grieving, if you keep believing, the dream that you wish will come true.” – Gilbert K. Chesterton. The rainbow came in the form of sponsorship, and she was joined Sunrise Children’s Home in Bobbili, Andhra Pradesh, fully funded by Child Impact International. With the help of education sponsorship and Malini’s determination, she started working hard for her school and excelled continually. Malini’s dream of being in a school came true. She is a smart and hardworking girl and aimed to be a nurse.

After her 12th grade result, Malini reflected on how her life has changed after sponsorship. She wants to serve people through a career in nurse. Currently, she is in a freshman year of nursing school in Vishakhapatnam, Andhra Pradesh.

“I am happy that I got accepted into the nursing program; dreams do come true. Your support made it possible,” says Malini. She has not only improved her health also has new energy to lead her life in nursing school.

Children are precious, and every child deserves better life opportunities. Our work is uplifting the children from vulnerable backgrounds, providing them education, and a safe environment to grow.

*Name has been changed, and the photo is for representation purposes only. 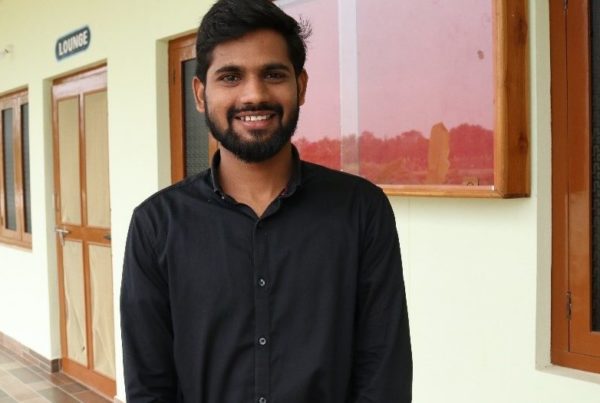