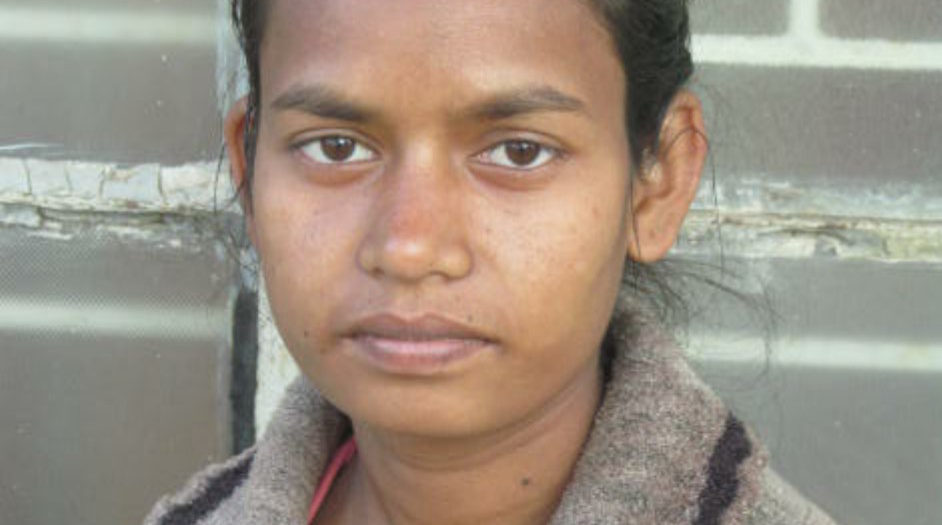 Ritu* was born in January 1999 in a small village of Jharkhand District. She lost her father when she was just a few months old, leaving her mother in a very difficult situation. In order to earn a living, her mother started working as a servant in other people’s homes. When Ritu* was 5 years old she was enrolled in a government school but due to their financial difficulty, she would often work in the paddy field after school where she was paid Rs.5 daily. If there was no work for her at the paddy field, she would babysit the neighbour’s children where they gave her food in return for her work. At night, her mother used to bring home leftovers from the houses where she worked which they would have for dinner. Even then, there were many nights they mother-daughter duo had to go to sleep with empty, rumbling stomachs.

When Ritu* was in 5th grade, her mother became very sick and was not able to support her anymore. The young girl started attending to her mother’s daily work duties, she would wash clothes and dishes in the mornings between 7:30 am to 9:30 am and bring home food for the both of them.

Her mother’s health slowly deteriorated so the neighbours collected money and sent her to the hospital in an auto rickshaw. Ritu* also followed her mother to the hospital and stayed back to look after her. They faced a lot of challenges at this time as they had no money to pay for the treatment which lasted for almost a year. When the doctors asked them to pay the bill and leave, Ritu* went to the doctors and pleaded with them to help her mother. Finding pity on them, two doctors gave her Rs. 200 and Rs. 500 respectively for the bill.

After they left the hospital and went home, her mother’s health started growing worst and she passed away just a few weeks later. When Ritu* came home to see her mother’s body lifeless, she stayed next to her through the night and held on to her cold form with quiet sniffles. She only informed the neighbours about her mother’s death the next morning after which they conducted the funeral service.

While all seemed to go downhill, Ritu’s* future didn’t end that day. She received sponsorship to study and was enrolled in the Upper Kindergarten class in Orissa and went on for further studies in Khunti, Jharkand. Today, Ritu* has successfully completed 12th grade and she is filled with gratitude to her sponsor for all the help she has received to get to where she is today.