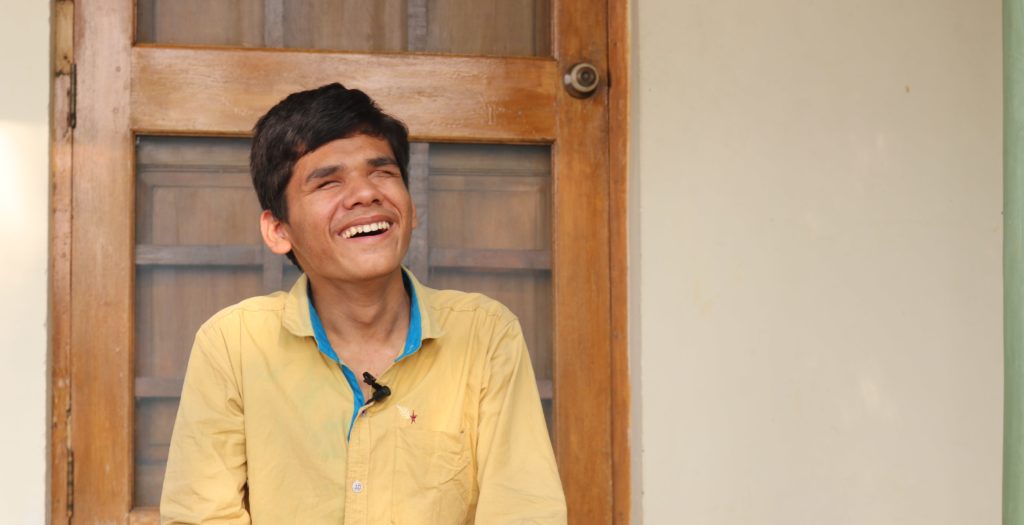 India is a home of the most significant number of blind people. Lack of awareness has led to a large number of such cases. An estimated 200,000 children with severe visual impairment are in India. In this world where people crave for visual attention through Instagram followers, and people focus on being fashionable. As soon as people get up, people check their phone, some for work and some for attention on social media. Imagine how life will be without sight without craving for visual attention.

Prithvi’s father left him when he was a newborn. He was born partially blind. His mother felt empathetic and compassionate. She could not let him be in an orphanage or throw him away. Since the father left them in a vulnerable condition, mother was compelled to take advantage of Prithvi’s blindness. Mother would go around the bus station, railway stations or any subways to sing and entertain the public, in return people offered them money. Since his early age of four, he would sing to entertain people and get some money.

Prithvi struggled from the feeling of rejection since his father abandoned the family. He would only react to his mother’s voice. He would not understand the sound of a bird or a dog. All he could feel was the shadows of light. He knew it was dark at night and bright at day time. Growing up was challenging, learning to use the washroom, how to dress, how to brush and how to eat. Prithvi as a child, he struggled to navigate around. He would not play with other children, he would sit in one place trying to figure out sounds around him.

Prithvi and her mother lived in a remote village in the state of Andhra Pradesh in India. Her mother was illiterate, she was unaware of the blind school in India and never thought of sending her son to a school. Her finances limited her. As they moved around one station to another to sing and earn, she met a person who suggested her a School for blind.

Prithvi joined the Asian Aid School for Blind (AASB) in Bobbili, Andhra Pradesh at the age of ten. He started learning braille and how to use the white cane. The joy of learning and being at school was not for long. Prithvi’s mother got sick, and he being the only son had to leave school and take care of his mother. He was returning to the same work of singing in bus and train station for their minimal necessity. He wanted to change his lifestyle, but wasn’t able to. He felt this wasn not a decent work, he wanted to go back to school to educate himself and live a respectable life in society.

The principle of the AASB Mr. Surya inquired about Prithvi’s condition; soon he found out that he has gone back to the same situation.  Mr. Surya helped him to get back to school through sponsorship. Now he is in 12th grade and aspire to become an Indian classical singer. He loves music and wants to pursue music in his bachelor’s degree.

*Pseudo name used to protect the identity of the child.