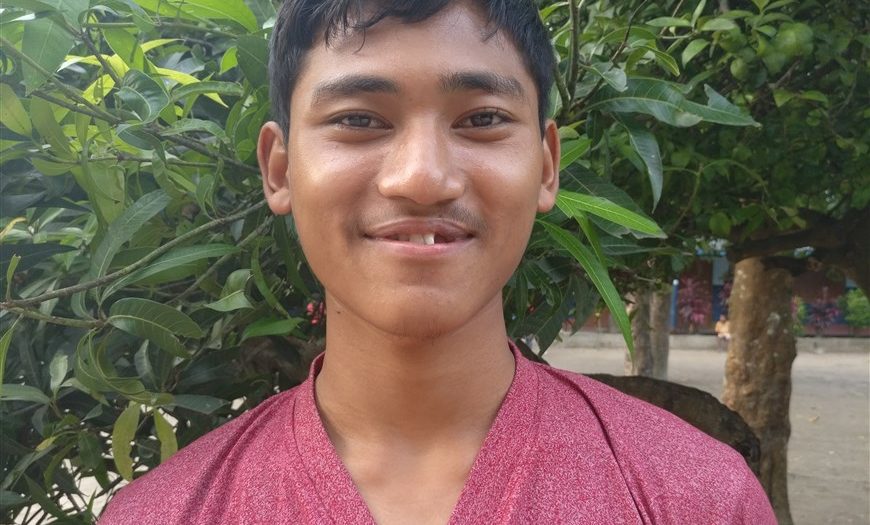 Love Can Turn The World Around

Rentha and Maloti were residents of the pristine village of Panbari, a village which is tucked away in the northern corner of West Bengal. The two fell in love and tied the knot one sunny March afternoon. A year later, the couple were blessed with a beautiful son they named Rohan.* They began to set up a little family of their own and five years later, Rentha was pregnant with their second child bringing much joy to the household. But, while they were eagerly awaiting the birth of their child, a series of unfortunate events came along their way.

There was no vehicle to take Rentha to the hospital when she was going into labour so her husband had to push her for 15 kms in a small village cart. While they were on the way, she started bleeding profusely and lost a lot of blood. Due to her fragile state, Rentha succumbed to her wounds and died just a week after giving birth to a little girl Riya*. Her husband, Maloti had donated blood to his wife even though he was anemic. His already weak body was weighed down by the grief of losing his wife and he passed away too, just three days after his wife’s death.

Young Rohan* was only 3 years old at that time so his grandparents took him and his sister, Riya* into their house. To nurse the infant Riya,* their grandmother fed her rice and water every day. Their main source of income was the vegetables his grandfather sold on the market streets. Rohan* started helping his grandfather from the age of 5 and together they would walk an hour to and from the market every day to sell vegetables. But, the children were deprived of love by the cruel hands of death yet again when their grandmother was struck with TB. Their grandfather passed away too, leaving them just a few months after his wife’s death.

With nowhere else to go to, Rohan* and his sister were then taken in by an aunty. The aunty struggled to make ends meet for her own family due to which Rohan*and Riya* had to earn for their own needs. The siblings could not even afford shoes for their feet. They would often carry firewood and sell it in the market to buy the bare necessities. Having pity on the siblings, some neighbours informed the director of Bethel Home about the children and their dim lit fate was given a new burst of light.

Rohan*and Riya* have found their home amidst the atmosphere of love in Bethel Home. Rohan*is the General Monitor of the hostel and is quick to run errands with a smile glued to his face while his sister is an active student and a helpful sister to her home-mates. Rohan* is a fan of football and is currently the goalkeeper for the home team. Their favorite time of the year is Christmas when the children visit the villages around them and sing and share stories. Rohan* and Riya* have big dreams, the latter wants to become a Moral teacher while the former wants to become a software engineer. These dreams are in pursuit as you are reading this story.

“If I had remained in the village, I would have become a drunkard like the other villagers,” says Rohan*. Their village is notorious for their drinking habits. Men, young and old roam the jungles and indulge in smoking and drinking every day. “My childhood friends who have gone out of the village now work odd jobs in hotels and inns, but I am lucky that I am a part of the Bethel Home family where I can aim to be anything I want to be,” he says. Just as a candle ignites another, the candle that has ignited Rohan’s* life will pass on, the young man is intent on supporting a child someday.