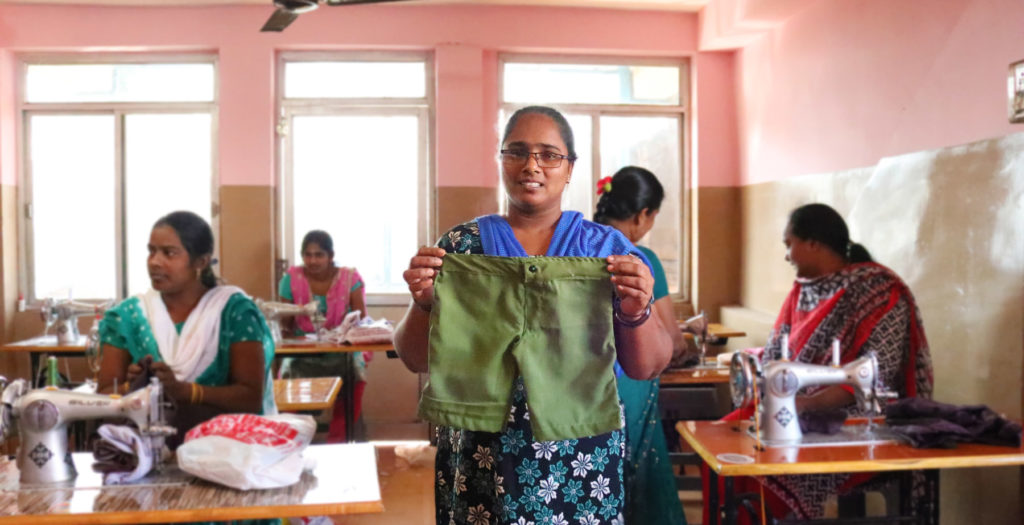 Durga* was born in an informal settlement on the outskirts of Visakhapatnam in the state of Andhra Pradesh, India. The area of the house provided to the family of five in the slum is 269 to 304 square feet. Life in the informal settlement is hard and cram-full. Her circumstances never encouraged her to attend school. Adding to that, the environment in the slum does not motivate children to attend school.

Instead of going to school, she ended up working as a domestic helper in various houses to earn some extra money. Slum residents experience a high rate of disease, and the unhealthy surroundings caused Durga to fall sick frequently. Most of the settlements are built on top of the sewerage system, and the area has a noxious smell. A large number of low-income families occupy such arrangements, and thus an increase in the dropout rates from school is higher than elsewhere.

At this moment, Durga is 39 years old, married and blessed with two kids. Her husband is the sole bread earner of the family. She depends on her husband’s earnings. On most of the days, Durga would stay idle at home, while the husband went to work. One day she had a profound realization that her family needed better income for a better lifestyle. Mostly she worried about her children’s future. She did not want her children to have the same childhood as she did. Durga could not sleep peaceful night after that, and she knew she had to do something.

She heard about the community slum school, which was conducting livelihood training for the women in their area. Durga decided to visit the school, and she was curious to know more about the classes. The school offered a free introductory tailoring course, and shortly she joined the school. Ever since Durga attended school, she is optimistic and envisions flourishing life for her family. She will soon contribute to the financial requirement of her family. Although, her husband works at a construction site, after the entire day of work he gets three hundred rupees as his meager wages. This amount is not sufficient for her children’s tuition fees.

As a result, Slum community school has given her hope to have a better life through skill development training. The tailoring school has developed confidence in her to dream big and render better opportunities for her family. She wants to qualify for the next course in fashion designing provided by the school. In the future, Durga plans to open a designer tailor shop to earn some extra money. She is thankful to the school for giving her hope to achieve a decent and modest lifestyle for her family.

*Pseudo name used to protect the identity of the person.