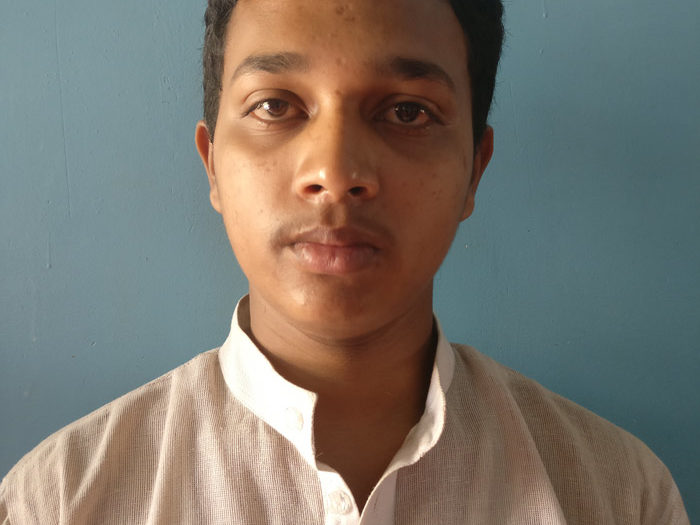 The headlines on May 13, 2008 shook the world at best, ‘Over 12, 000 killed in Sichuan earthquake,’ ‘9 synchronized bombs leave 63 dead in Jaipur in a matter of 15 minutes,’ and on a second page of the local news in Bangalore, ‘Brothers watch as family drowns in lake.’ But death by the dozens in Jaipur and thousands in Sichuan seemed little to the boy with the death toll of four in a lake squeezing the life out of him.

Nizam Pasha still remembers small portions of his childhood. The lane in front of their house where the aunties would gather in the evening and share juicy gossip about the Bharat Mata Layout residents. This lane was also home for bats and balls at 4-5 even stretching to 6 sometimes. Nizam remembers his mom screaming out their names one by one, “Samreen”, “Umran,” “Wasim,” “Nizam,” as they slowly trudged home to warm roti’s and hot potato curry. Playtime never stopped with the end of dusk, it went on through the night. As the brothers sat in line to study, they would play trumps card while their parents went on with their chores. But oh! Those few times they were caught, their mother was so furious, smoke seemed to be trailing from her mouth as she spoke.

His father Rafiq Ahmed was a simple man, having finished only upto 8th grade in a Kannada school, he worked as a car mechanic and lived in a sizeable house with his wife and four children. Intent on making sure that his children got the best English medium education and graduate to be educated men and women, he sold off the only property that he had in the year 2006 and sent all his children to the Seventh Day Adventist School in KG Halli. Though he and his wife had quite a few budget cuts to make, to see their children become well-learned people someday seemed worthy of the effort.

The memory Nizam will never forget took place on a dry, sunny day in May 2008. Nizam and his family had gone on a pilgrimage to Denikonte near the town of Hosur. It was a long awaited vacation for the family and after their religious rites were over, the family went out for a stroll and decided to drain their sweats in a nearby lake. But, the lake drained the life out of Nizam when his little brother Umran slipped and fell into the deeper part of the lake. Wasim being the elder brother jumped in to save him, and then the father on spotting the sons quickly dived in too. Nizam was going to follow suit when his mother came around and stopped him, she went in instead. That was the last Nizam ever saw of his cricket mates, his strong daddy and cheerful yet sometimes scary mummy.

Whenever anyone questions him on the incident, he can only recall going blank. He doesn’t remember crying, he just remembers sitting in front of four bodies and not understanding, how a moment of excitement and fun had turned so grave and cold in a matter of seconds.

While his future seemed dim and uncertain with his family gone and no one to care for him or his sister, Mr. Frederick Paul, their school principal ignited hope in the young boy when he told him Asian Aid would take the parental role in providing for his education.

But as much as he was delighted to get education without a cost, he was the family man now and someone had to provide for his grandma and aunty who resided with him. So at the age of 11, Nizam started tailoring to earn money. When he came back from school he would go to the tailoring shop and come home at night, finding some spare time to study after dinner. His daily routine was a little like this, school from 8:00 to 2:40, work from 3:00 to 9:30 and then study after he came back.

While he went on balancing between study and work, the latter finally took a toll on him. He was not permitted to write his SSLC exam due to lack of attendance, some late nights working and some days caring for his ailing grandmother left a toll on the attendance sheet at school. So, Asian Aid helped him even further, understanding his situation, they shifted him to a private school where the class hours were lesser so he could spend the afternoon to work.

Currently, Nizam works at a Juice Stall from 9am to 6pm and attends classes at an evening college from 6:30pm to 9:00pm. He is on his second year of B.com and is set to get a degree in another year after which he plans to pursue an MBA. He lives with his aunty and grandmother who peel ginger and garlic and provide it as raw materials to nearby stalls earning roughly Rs. 500 per month.

He continues living in the same layout where he once batted and balled with his brothers, now in a smaller house leaving behind the rooms where his mother once attended to him through the night while he lay sick in bed.

The car mechanic father who sold his property so that his sons would someday be learned men and women has little to worry about because a 21 year old boy is set on making that dream come true. The young one has dreams of his own too, once he becomes the educated man his father dreamed of, he wishes to help other people who like him, have been robbed of their privileges of a normal childhood.