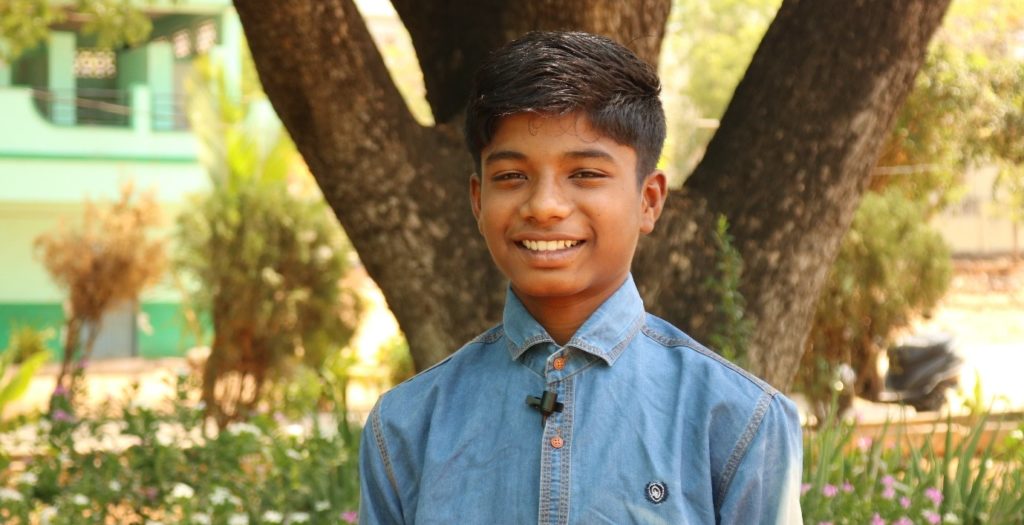 “I came home and found my brother crying, and I had a strange feeling, my mind was racing. I asked my father what was going on, and he did not answer,” says Rishi
Rishi’s brother told him, mother and grandmother were fighting. The fights were frequent, and Rishi’s mother was getting depressed and frustrated every day. His mother was a nurse by profession, and his father worked on a farm.

One day Rishi’s mother poured kerosene oil and killed herself. Father tried to save her, but she died on the way to the hospital. Rishi was five years old when he witnessed his mother’s death. As a little boy, Rishi could hardly understand the situation and started crying. He couldn’t believe that it had only been a few hours since he had last seen his mother alive. That day he sat alone, far away, in a place where he would sit with his mother. “I had never known this pain. Sometimes I would see in the news that someone has committed suicide, but never thought my mother would do that.” says Rishi.

People around the village started talking about his mother’s death. She was losing her mind and acting aggressively, and it was the work of witchcraft. The community Rishis lives in, is a backward community with an illiteracy rate high in his village. Rishi lives in a small town called Nalgonda, in the Indian state of Telangana.

After his mother’s death, father remarried, and the constant fights and arguments continued at home. One of Rishi’s uncle was a concern for him, so he brought him to Elim Home at the age of seven, to be in a safe environment.Rishi believed he would never fully recover from the psychological impact of his mother’s death, but he has found help in processing his feelings and finding hope for the future while staying in Elim Home. The Director of the Home is like a mother to him, and he would not have dreamt of education without sponsorship.

“I want to be a lawyer so that I can fight for the women’s issues in society,” Rishi said. Now, thanks to Child Impact International, Rishi doesn’t need to worry about a safe place and financial requirement for his education. He is in tenth grade and attends a Seventh Day Adventist school in Nuzvid away from the family feud. Rishi has the space to learn without being reminded of his family condition, and because of this, he will be able to continue study toward his dream.

“Thank you for sponsoring me because it helps,” said Rishi.Our sponsorship programs help children like Rishi, focusing on health and nutrition, primary education, protection, livelihoods, and hope for a better future. By sponsoring a child like Rishi, you can help in their better future. You can inspire a child by becoming a sponsor. Let your sponsor child know you believe in them so that they can reach their full potential.

*Name changed to protect the identity