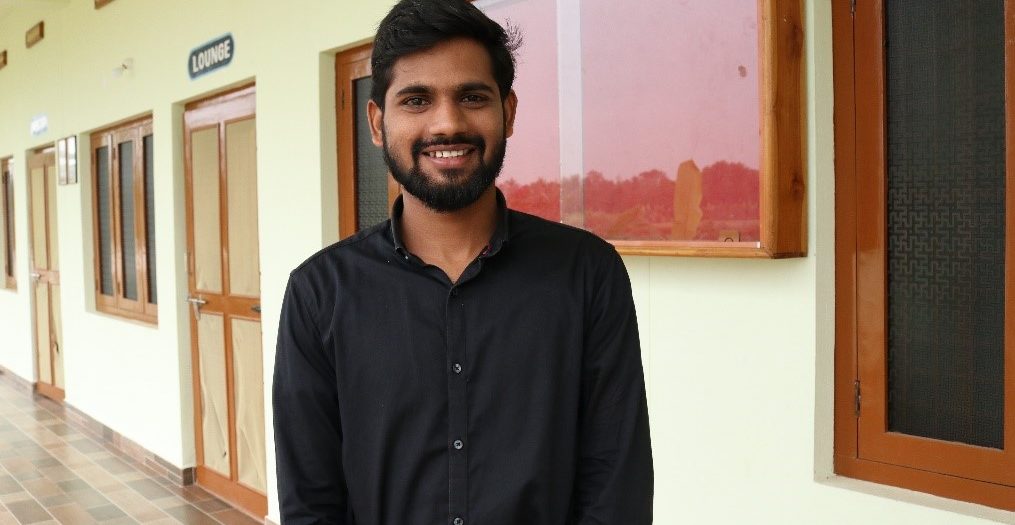 In the year 1995, a boy was born to N. Venkata Rao and N. Kalavathi on a rainy August in the village of Romphalli, Andhra Pradesh. The named him Jesudas. However, nine days later, the mother deceased due to lack of postpartum perineum care and breathed her last. Jesudas’s father had been blind from the early age of seven. Father tried his best to care for the boy however was sadly stricken by TB and succumbed to his illness. At that time Jesudas was six years old.

There was none to tend to Venkata Rao’s burial in his village, however the family approached the nearby villages to help for the funeral. Orphaned and left within the care of his aged 70-year-old granny Nadupuri Laxmumma, Jesudas often had to knock on neighbor’s doors when his hunger was unbearable.

A kind hearted man saw Jesudas and was filled with pity for the boy and brought him to Sunrise Children’s Home on October 22, 2001. Jesudas was among the first three kids to have cared in the home.

Jesudas completed his B.Sc. Nursing in February 2017 and through the year from high school till graduate school, he stood out as the gifted proficient, dedicated student among his peers. Ensuring from a decent training at the home and fostered with the love by Mrs. Lalitha Varma, Jesudas has grown up to be a firm believer of God and a person of dedication and integrity.

At the Higher Secondary School in Nuzvid, Jesudas passed top-notch in his class was conjointly awarded for the Best Outgoing Student. At the college of nursing, Jesudas was the Vice President of the College Student body however he took home numerous accolades including Best Student, Best Student Leader, and Best Organiser award. Considering to study further and develop his craft, Jesudas completed his Master’s in Public Health. Currently, he is working as Assistant Research Officer at the INCLEN Trust International Organization- New Delhi.

Coming out of from being a boy who knocked door to door for food, Jesudas is now the pride of Sunrise Children’s Home especially to the home Director. Jesudas is additionally a big brother, because oldest among the kids at home, they will reach out to Das Anna (Older brother) when they are in a tough situation. His love for them is evident, with kind eyes and a smile, he mirthfully tends to any or all their queries any time of the day.

If I was not brought to Sunrise home, I might have been a lost orphan boy tending to buffaloes and married at a young age. Unaware of ambitions of life, affected by poverty and most sadly, unaware of changes that comes through education says Jesudas.

Jesudas found support and encouragement to dream big and work hard through his sponsors. Thanks to our sponsors for supporting kids like Jesudas and encouraging them for a better life.